Sorry I have been short on posts lately, I have been busy on some other projects (COD:Black Ops). I also recently finished my 6th volume of my Amazingly Awkward Christmas CD. I decided to go back to the CD that started it all and share each one with you over the next several days.

It is amazing how much Christmas music is out there and for the last 6 years I have tried to compile a little taste of some of the more awkward songs out there.

The album listing is after the break…

END_OF_DOCUMENT_TOKEN_TO_BE_REPLACED

The Hood Internet are are a duo of DJs out of Chicago that make some pretty fun mashups.  This song takes one of the greatest artists ever, the Beastie Boys, and their song “Rump Shaker” and mixes it with Matt and Kim’s “Good Old Fashioned Nightmare.” It makes for a fun song combining hip-hop and ‘new rock.’

The great thing about the Hood Internet is they make all of their mixes available for free download over at thehoodinternet.com. Even if you don’t think you like mashups, give them a chance, you might find something you like. 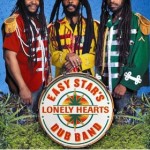 done of Beatles songs.  Then today with much fanfare the Beatles catalog was released digitally for the first time via iTunes.  There has been talk and rumors of this happening for years and it finally happened.

In honor of that I share with you a great album by the Easy Star All-Stars who released the Lonely Hearts Dub Band album a few years back.  It puts a great Raggae/Dub feel on some classic Beatles music.

or get the original stuff here

Everyone Has a Story – Kathie Lee Gifford 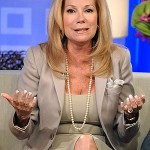 So enough with the covers from other sites, it is time to get down to one of my guilty pleasures. If you have not heard of Kathie Lee Gifford you probably do not own a TV or know me. She has been a mainstay of morning television for decades.  She is currently co-host of the last hour of the today show with Hoda Kotb.

Now lesser known is her extensive music career.  I have an unhealthy addiction to her current show which introduced me to her music (She often gives her CDs out to the losers of trivia questions).

Everyone Has a Story is her go to song and I am sure it will find a special place in your heart.

buy all her music now

Country Roads – Toots and the Maytals do John Denver

OK, one last cover from Track in the Box, it just had to be shared.  I mean how often do you get to hear Reggae John Denver?  Toots and the Maytals took this song and put a little Jamaican flavor that definitely works.